Having the heat of the IRS on your back is never a fun experience. The unrelenting pressure of the federal government can be incredibly stressful and often intimidating, making back tax relief seem nearly impossible to achieve. Many taxpayers aren’t aware of IRS hardship procedures introduced by the IRS hardship program, and the opportunities it creates for individuals suffering from a tax hardship. Under IRS hardship rules, if a person would face unfair financial hardship after the collection of their outstanding taxes, they may be able to qualify for an “Uncollectible” status. Once declared currently not collectible, the IRS cannot take your paycheck or property in lieu of tax payment. With the help of a tax advocate for hardship, you can begin constructing an alternative repayment plan and clearing your name off the IRS delinquent tax list. To learn more about IRS hardship, if you would qualify, and how to apply for financial hardship, read on. This article contains the ins and outs of the IRS hardship program to equip you with the knowledge necessary for finding back tax relief. Regaining financial freedom might not be as impossible as it seems.

What is the IRS Hardship Program?

Located within Part 5, Chapter 16, Section 1 [IRM 5.16.1] of the Internal Revenue Manual is the provision describing “Currently Not Collectable” or CNC status. Accounts can go into CNC status for a variety of reasons, but the stipulation listed for consideration of IRS hardship states, “collection of the liability would create a hardship for taxpayers by leaving them unable to meet necessary living expenses”.

To prove tax hardship to the IRS, you will need to submit your financial information to the federal government. This is done using Form 433A/433F (for individuals or self-employed) or Form 433B (for qualifying corporations or partnerships). These Collection Information Statement forms and supporting documents report:

Think you might qualify for the IRS Hardship Program?

We can help you determine if this program is right for you.

Who Qualifies for IRS Financial Hardship?

If you’re unable to pay your tax bill because you have just enough money to get by after supporting your family, you might be able to qualify for IRS hardship. The IRS will use the information reported on the Form 433A, 433B or 433F to determine whether the account is eligible for tax hardship. Generally speaking, IRS hardship rules require:

To analyze these finances, tally up your total allowable living expenses and deduct that number from your total monthly income; the resulting number is what’s called a “net disposable income,” and what the IRS expects you to pay toward your taxes. By proving you have little to no net disposable income, you can qualify for IRS hardship.

IRS hardship rules state that CNC codes can only be used for “individual or joint IMF assessments, sole proprietorships, partnerships where a general partner is personally liable, and LLCs where an individual owner is identified as the liable taxpayer”. In other words, CNC IRS hardship is generally not intended for most large-scale corporations, but rather individual taxpayers and small business owners. Corporations unable to pay delinquent taxes due to hardship should consider researching bankruptcy laws instead.

What are the IRS Hardship Rules?

If your account is declared CNC under tax hardship, the IRS can no longer impose any collection procedures in an effort to settle your tax debt. Common collection methods include, but are not limited to:

IRS hardship rules can apply to an account for up to 10 years, which is generally how long the IRS has to collect back taxes before the statute of limitations are enforced. The IRS will review the taxpayer’s information every two years to ensure they still qualify for tax hardship. If they find an increase in income and believe it to be within your means to repay your taxes, they will remove the CNC status and revoke the IRS hardship.

While you’re in IRS Hardship, the government cannot take your paycheck, seize your property, or wipe your bank account. However, just because they let up on their collection pressure does not mean your obligations are lifted. IRS hardship program does not stop penalties and interests. As of 2018, the penalties for late filing and paying taxes include:

Notice how much steeper the penalty is for failure to file versus failure to pay; this is the IRS’s way of encouraging taxpayers to file a tax return every year, even if they’re unable to pay. For this reason, be sure to file your required return each year, even if you face tax hardship.

If your account is currently considered in IRS financial hardship, and you owe taxes for an upcoming year, that status does not automatically roll over; each tax year is considered separately. If possible, it’s best to pay the new taxes promptly, since it likely won’t affect your IRS hardship from the past year(s) and it will prevent incurring further debt. If you’re unable to pay your new taxes, it is possible to request CNC IRS financial hardship for that tax period, but this will become increasingly more difficult each year. As noted, although the IRS will temporarily pause collection methods under CNC financial hardship, but penalties will continue to apply and the IRS hardship rules enforce the eventual repayment of the outstanding taxes through alternative payment plans. 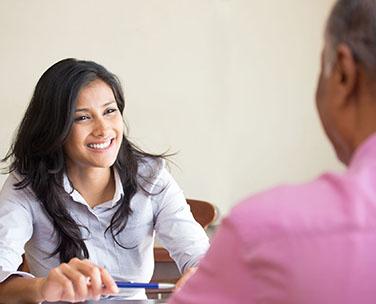 Owe money to the IRS but can’t pay due to financial hardship?

What are Alternative Payment Plans?

Every year within the IRS hardship program, the government will send you an email stating how much you owe in taxes. If you fall upon a sum of money, they recommend making payments when possible. However, the IRS does offer affordable alternative payment plans for taxpayers facing tax hardship, such as:

How Can I find a Tax Advocate for Hardship?

If you’re faced with IRS financial hardship, your best course of action is to hire a professional tax advocate for hardship. A trusted tax professional will advocate on your behalf and find you the best form of back tax relief, whether it’s in the form of IRS hardship, installment agreement, or settlement. Community Tax provides industry-leading tax advocates for hardship, as well as attorneys to help stop tax liens, levies and wage garnishment. We can alleviate the pressure of the IRS, allowing you to rest a bit easier and know you’re back on track to finding your way out of debt. Contact us today to learn how Community Tax professionals can help make your tax problems a thing of the past.