It’s no secret that the IRS is limited in its resources to accurately analyze every single tax return. Because of this, it might seem incredibly easy to pad your profits, pay fewer income taxes, and increase your deductions. People make mistakes on their taxes all of the time; after all, we’re only human, right? However, in a situation where the taxpayer has deliberately evaded taxes or disregarded the laws, there are severe consequences.

To deter taxpayers from taking advantage of the tax code, the IRS will impose a 20% increase on the amount you owe them. For individuals, an underpayment is considered substantial if the amount is more than 10% of the correct amount of tax that an accurate return would have reported. If the amount exceeds $5,000, the IRS will also consider what’s owed to be substantial. If you plan on claiming a considerable deduction on your taxes, make sure you include the reason and any documentation you might have that will back your claim on your form 8275. If the IRS disallows the deduction, you can still avoid the 20% increase and the accusation of claiming false deductions if you provide a reason and documentation. The consequences for falsifying tax documents can include criminal prosecution, as well, for any of the following criminal actions: 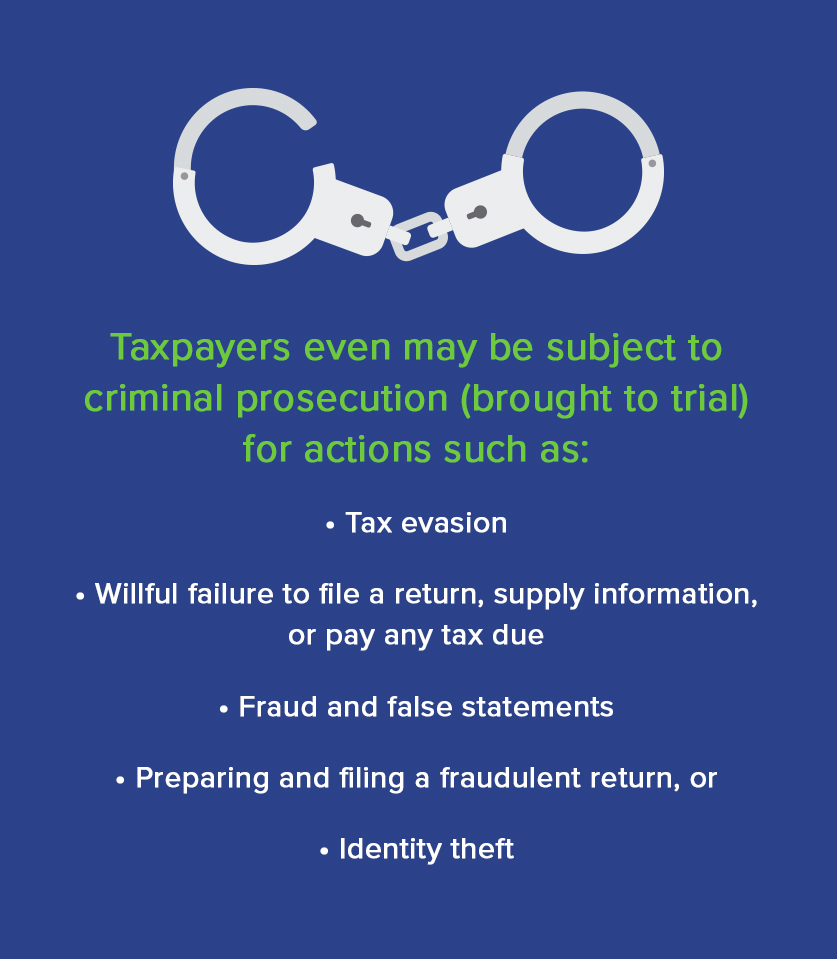 When you knowingly claim a false dependent on your taxes, you risk sanctions and a potential audit from the IRS. Claiming false deductions like dependents is considered tax evasion and is, therefore, a felony with potentially severe criminal penalties. However, the IRS will only consider alleging a malicious dependent fraud if the taxpayer demonstrated willfulness—meaning that you have to be aware of your crime to be charged. Without the intention, the offense is considered negligence. There are still penalties for neglect; it’s your responsibility to know the rules, but it’s not a crime. Dependents can make you eligible for other forms of tax breaks in addition to the initial reduction. You can receive tax credits for education expenses, medical bills, and childcare—this is why claiming false deductions for a dependent is so prevalent. If the IRS accuses you of claiming a false dependent, you will be required to pay the full amount you avoided by doing so. In addition to the total amount, you will be required to pay a .5% late fee for the unpaid amount each month that had passed since the tax was due.

Not only can the IRS impose late charges that come with a claiming a false dependent, the IRS may also impose civil penalties for claiming false dependents. If the IRS concludes that you knowingly claimed a false dependent, they can assess a civil penalty of 20% of your understood tax. However, if the IRS believes that you have committed fraud on your false deduction, it can assess a penalty of 75% to your understood tax. It’s important to note the IRS would have to file criminal charges to impose more than the 75% civil penalty. If successfully prosecuted, you could face up to five years in prison and be fined up to a quarter of a million dollars. Because you are technically filing your taxes under penalty of perjury, everything you claim has to be true, or you can be charged with penalty of perjury. Failing to be honest by claiming a false dependent could result in 3 years of prison and fines up to $250,000. 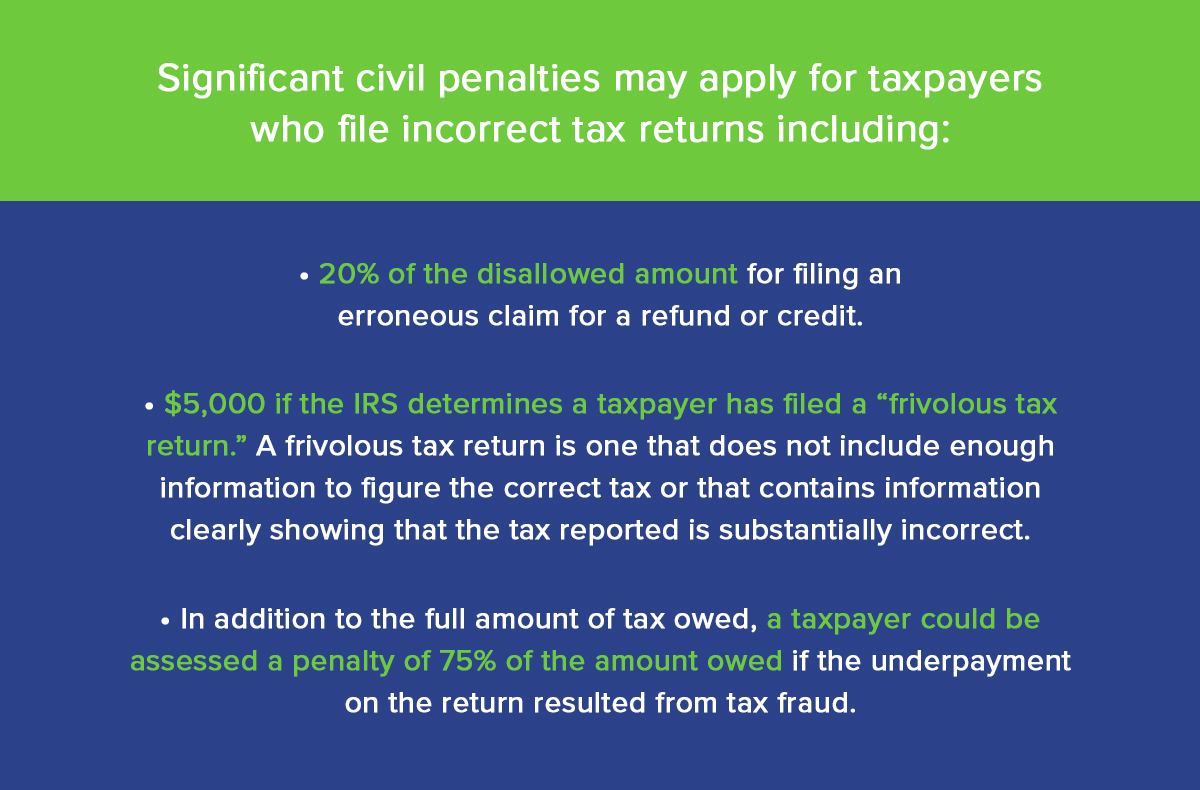 How to Avoid Fines and Audits

False tax deductions can lead to penalties, fines, and potential criminal charges. When it comes time to file, it’s always better to avoid claiming false deductions than it is to lie on your taxes and risk the dire consequences that may follow. The easiest way to avoid the penalties for claiming a false dependent? Don’t lie on your taxes. If you aren’t sure whether you qualify for certain deductions, contact a tax representative who can help you. Tax codes can be difficult to understand; don’t let your lack of expertise land you in hot water with the IRS. If the IRS audits you, the cost of defending your false deduction will almost certainly end up being more than what you would have initially saved on your taxes. If you receive a letter from the IRS that you’re going to be audited, you should contact a tax professional immediately. When the IRS sends a message notifying a taxpayer that they are going to be checked, they will include the specific aspects of your return that they plan on questioning. Make sure you gather any and all information related to the particular subjects that the IRS wishes to address. Here are some additional tips on how to handle an IRS audit: Audits might seem like the end of the world, but they aren’t all that threatening. With enough documentation and the right help from a tax professional, you can resolve an audit within a matter of weeks. If you have been accused of making false deductions or claiming false dependents by the IRS, contact Community Tax today. Our qualified representatives are standing by to assist you with all of your tax related needs.