If you’re looking for a release from urban life, a deeper connection to the natural world, guaranteed adventure, and the opportunity to earn tax-free income, there’s really no better place to be than Alaska. While Alaska may have been the last state to join the nation, it’s certainly not behind on its taxpayer-friendly tax laws.

As an Alaska taxpayer, you may not have to worry about calculating your state income taxes, but there are a number of other tax considerations you’ll need to make in order to abide by Alaska’s other state tax guidelines. 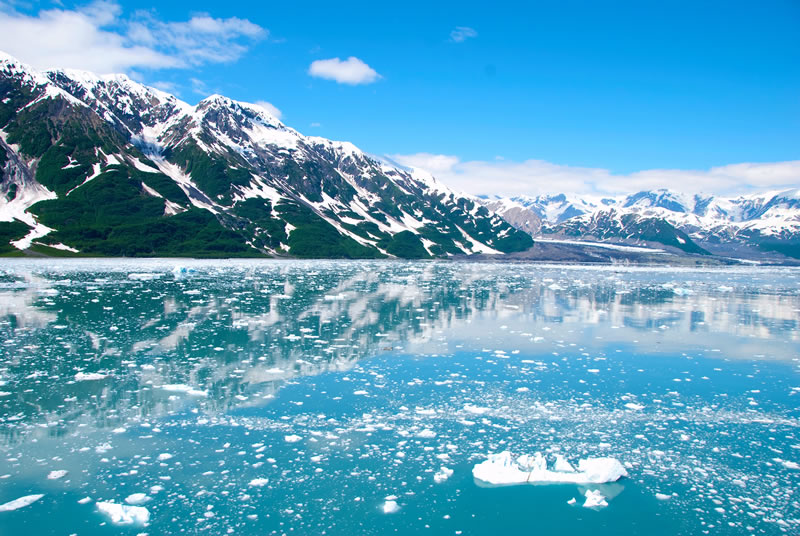 Although there is no income tax in Alaska, you will still have to pay Alaska property taxes as well as local sales taxes as a resident of The Last Frontier. Since these taxes depend on where you live within the state and how your city or county government levies these taxes, it’s especially important to ensure you know how Alaska taxes work so that you can meet your tax liabilities and pay in accordance with local tax laws.

In this post, we’ll discuss Alaska’s friendly tax code, what it means to you as an Alaska taxpayer, and show you best practices for meeting your state tax obligations. But before we do that, let’s clear up the difference between state and federal taxes.

In Alaska, you don’t need to file state income taxes simply because there aren’t any, but that doesn’t mean that your income is totally tax-exempt. Federal income taxes are completely separate from state taxes and are collected by the United State Internal Revenue Service (IRS).

Federal taxes apply to all taxpayers in the U.S., regardless of which of the fifty states you live in. If you live in a state with income tax such as California, you’d file your state taxes and federal tax return at the same time, but since Alaska doesn’t levy income taxes, you’ll just need to make sure your federal taxes are in by the April 15th deadline.

If you want to learn more about how federal taxes will impact your tax obligations, head over to our federal income tax calculator to find out how much you’ll owe in federal income taxes and how you should file according to IRS standards.

What does “state tax” mean in Alaska?

Alaska is just about as relaxed as can be about taxes. No income tax, no state sales tax, and property taxes are only levied on a local government basis. This easygoing tax structure is what makes Alaska so appealing to retirees, property owners, and taxpayers looking to keep a few extra dollars in their paychecks.

Although Alaskans don’t have much to worry about in the way of state taxes, the limited tax obligations and annual dividends payments may simply be a way to balance out the high cost of living in the state. In fact, the cost of living in Anchorage, Alaska is 28% higher than the national average. 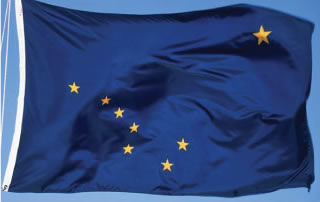 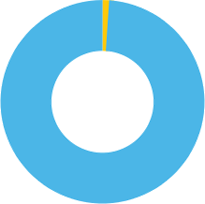 Alaska does not impose income taxes on its residents, so therefore, does not have an income tax bracket system.

Since self-employed taxpayers don’t have tax money withheld from their paychecks like employees do, they’re responsible for paying their income and self-employment taxes on their own. The federal self-employment tax is a 15.3% tax that covers an independent contractor’s Social Security and Medicare fees that would have otherwise been paid for with tax withholdings.

Alaska does not levy any income taxes on taxpayers who make an income in the state. However, if you earn money outside of Alaska, you will need to brush up on that state’s tax laws in order to file your income taxes correctly.

Our pros make filing income tax a breeze. Give us a call!
Get Help
Alaska Capital Gains Tax

Alaskans—consider yourselves lucky—the state of Alaska does not levy capital gains taxes like many other states do.

When it is implemented, capital gains taxes are imposed on the sale of capital assets, including:

Alaska does not have a standard state-wide sales tax. Instead, cities and counties can designate their own local sales taxes, up to 7%. You can view the full list of city sales taxes in the Alaska Taxable report.

What are excise taxes?

Alaska residents sure do get a good tax break on just about every facet of day to day life—no income taxes, no tax on sales, and no capital gains tax, either. But if you care to imbibe in the state of Alaska, you will need to pay a sin tax on any alcoholic beverages purchased in the state.

While vendors and manufacturers are responsible for remitting the alcohol tax to the Alaska Department of Revenue, the tax is generally built into the cost that consumers will pay at their point of purchase. See the tax rates on alcoholic beverages below: 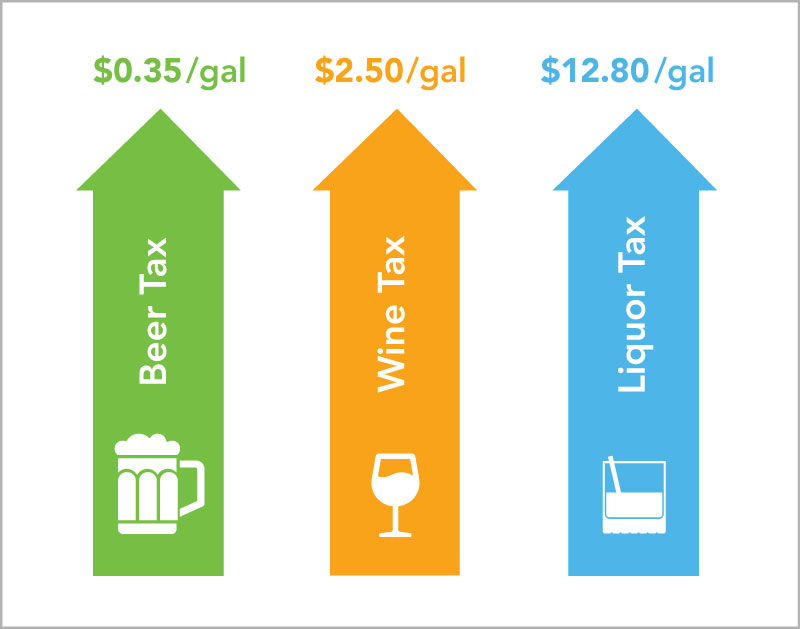 In order to fuel your vehicle and explore The Last Frontier state, you’ll need to pay a tax on motor fuel at the pump. While the tax is remitted by producers and retailers of fuel, the fee is typically built into the consumer cost. Here are the rates for tax on gasoline:

Alaska does not levy property taxes on a state level, but cities and counties within the state do have the power to impose property taxes. The median property tax in Alaska is $2,422 per year, based on a median home value of $232,900. Alaska ranks 13th in the nation for highest property taxes, collecting an average of 1.04% per year. 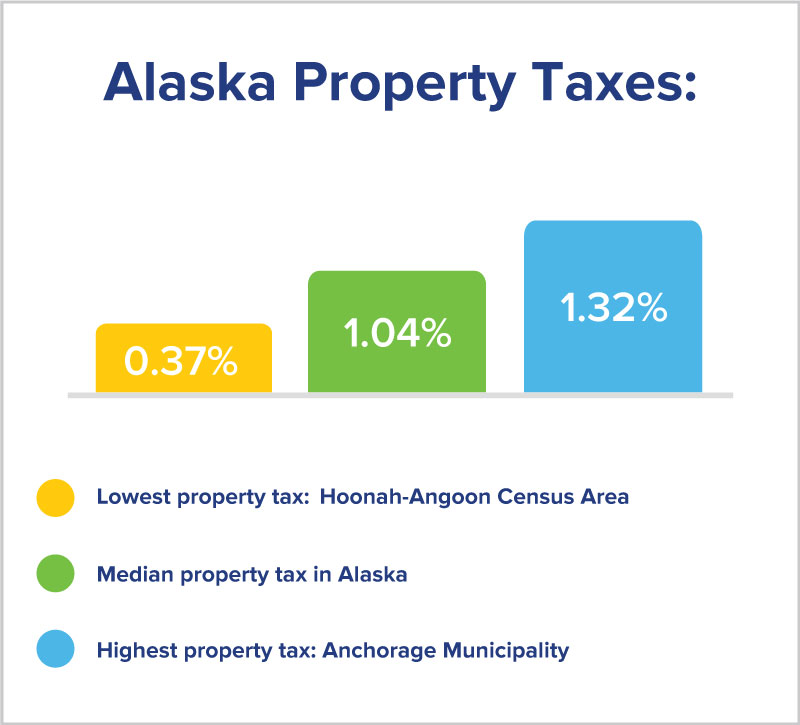 As we mentioned, local jurisdictions have the power to determine how much they charge for property taxes, so they vary from county to county. The highest property taxes in Alaska are levied in the Anchorage Municipality where residents pay an average of $3,563 per year, or approximately 1.32% of median home value. The Hoonah-Angoon Census Area, on the other hand, levies a much lower property tax rate—collecting an average of $678 per year or 0.37%.

Alaska does not collect inheritance or estate taxes.

If you live in Alaska, but your loved one dies in Pennsylvania where inheritance taxes are levied, you will need to abide by that Pennsylvania’s mandated regulations on the tax.

Marijuana has been legal for recreational use in Nevada since 2017, after a ballot measure voted in favor of its legalization in 2016. If you purchase marijuana in Nevada, you’ll be charged at whatever the local retail sales tax rate is in the county of purchase.

However, if you happen to sell marijuana in Nevada, there is a 10% tax on retail sale applied to the vendor. You can expect to pay 15% of its wholesale fair market value in taxes if you are planning on cultivating cannabis in the Silver State. Note that, depending on the retailer, these taxes may effectively be at least partially passed on to consumers in the form of higher retail prices for marijuana.

If you’re lucky enough to live among the Arctic foothills or the Chukchi Sea, you won’t need to worry about paying income taxes as an Alaska taxpayer, which in turn means, you will not need to claim any state tax credits.

Since the state of Alaska does not levy income taxes, there is not a need for state tax exemptions or deductions.

For states that do charge an income tax, many offer ways for taxpayers to save on their tax bill through exemptions and deductions. Tax exemptions are different than tax credits because they limit a taxpayer’s taxable income, but do not impact their final tax bill. This reduction in taxable income, however, may sway the taxpayer to a lower tax bracket which may decrease the amount of taxes they pay.

Head to our blog to learn more about the difference between tax credits and tax deductions.

Remember, as an American taxpayer, you do have to file your federal income taxes even if your state does not levy income taxes. Thankfully, there are many ways to save money on your federal taxes with tax deductions and exemptions—just take a look at the most commonly overlooked deductions!

Lucky you! As an Alaska resident, you do not need to pay income taxes, which means that you will not be receiving a tax refund in the mail. No need to feel defeated though, the money you saved on state income taxes will only be bolstered by your permanent dividend fund. Plus, depending on how much you’ve already paid in federal taxes, you may qualify for a federal tax refund.

How to Pay Alaska Taxes

Since the state of Alaska does not levy income taxes, you do not need to worry about paying taxes to the Alaska Department of Revenue. However, depending on which county you live in, you may need to remit property taxes to your local government.

Fallen behind on state taxes? Get help with tax resolution today!
Get Help
Alaska Tax Facts 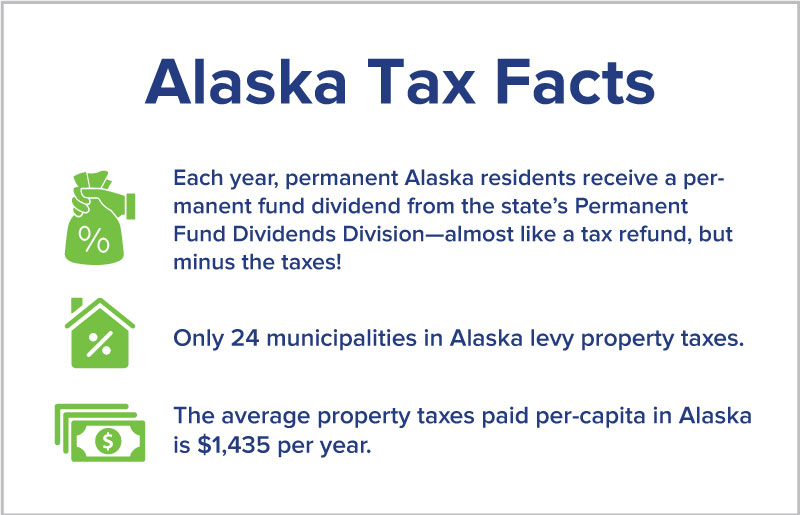 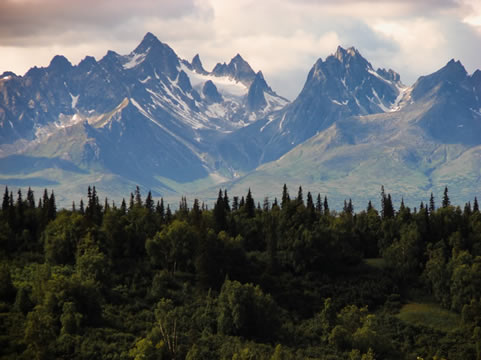 Since federal taxes apply nationwide, they’re more straightforward than navigating individual state tax codes, but that doesn’t make them any less important. In fact, filing your federal taxes correctly is critical if you want to avoid trouble with the IRS.

The good news is, our team and our trusty federal tax calculator are here to make your job as an American taxpayer easier. All you need to use our federal income tax calculator is your income and filing status, and you’re ready to estimate your annual tax dues.

Call us to stress less and save more on your federal tax refund.
Contact Us 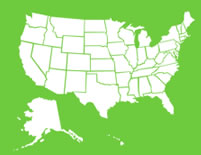 Summary of Federal Taxes
Remember that Alaska state taxes are separate from federal state taxes, and that the Alaska tax brackets are different at a state level.
Tax Considerations
This information is current as of 2019. Taxpayers should consider special circumstances that may impact their individual state tax return.
Resources
Alaska Department of Revenue Permanent Fund Dividend Division, Marijuana Tax, Tax Division, Tobacco Tax, Motor Fuel Tax, Office of the State Assessor, Ballotpedia Tax Policy in Alaska, Legal Consumer Does Alaska Collect Estate or Inheritance Tax?, PayScale Cost of Living in Anchorage, Alaska, SmartAsset U.S. Cities That Will Pay You to Live There, TaxRates.org Alaska Property Taxes
Need Help
Filing Taxes?
Sign up to get help today!
Jump to...
Get Tax Help
What Are Taxes Like in Your State? 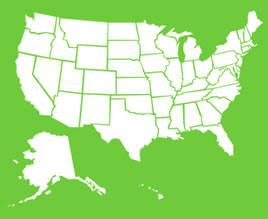