Understanding & Calculating Self-Employment Tax: Everything You Need to Know 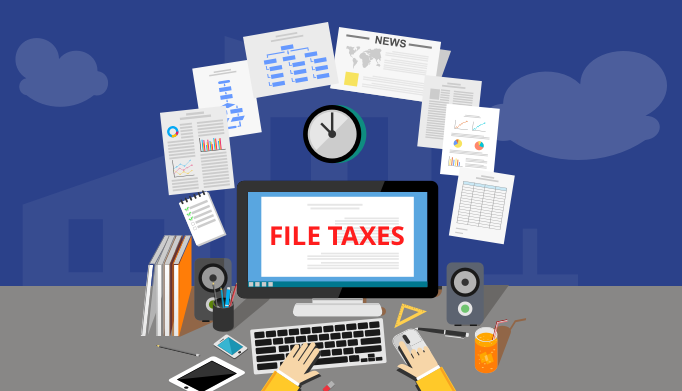 What is Self-Employment Tax?

If you’ve ever been a W-2 employee, you’re probably familiar with this scenario. As you anticipate your first paycheck, you decide to calculate your monthly income based on your hourly wage or salary. You can’t wait to spend your hard-earned cash after you’ve made your calculations. But when your paycheck arrives, there’s something missing. Upon further research you discover the culprit: state and federal withholdings. These subtractions from your paychecks automatically cover a percentage of the taxes you owe to both the federal government and the state in which you live. One of the taxes these withholdings account for is your FICA taxes, which are your contribution to the Federal Insurance Contributions Act, which is how taxpayers pay into federally-funded insurance programs such as Social Security and Medicare. Back to self-employed taxpayers. Self-employment (SE) taxes are how self-employed taxpayers pay their contribution of FICA taxes, since they do not have taxes withheld from their paychecks. For standard (W-2) employees, their employers are required to contribute half of their FICA tax rate; but since self-employed taxpayers are employed by themselves, they must pay both their part of FICA taxes as well as that of their employer’s (the horror!) Tax Tip: stay with us to learn how you can deduct your employer FICA tax liability. To boot, as you know, self-employed income is not subject to tax withholding which means that not only do self-employed taxpayers have to pay both halves of their FICA taxes, but they also have to hold themselves accountable for reporting and paying what they owe to the federal government—we’ll discuss how that works a little later.

What is the self-employment tax rate? 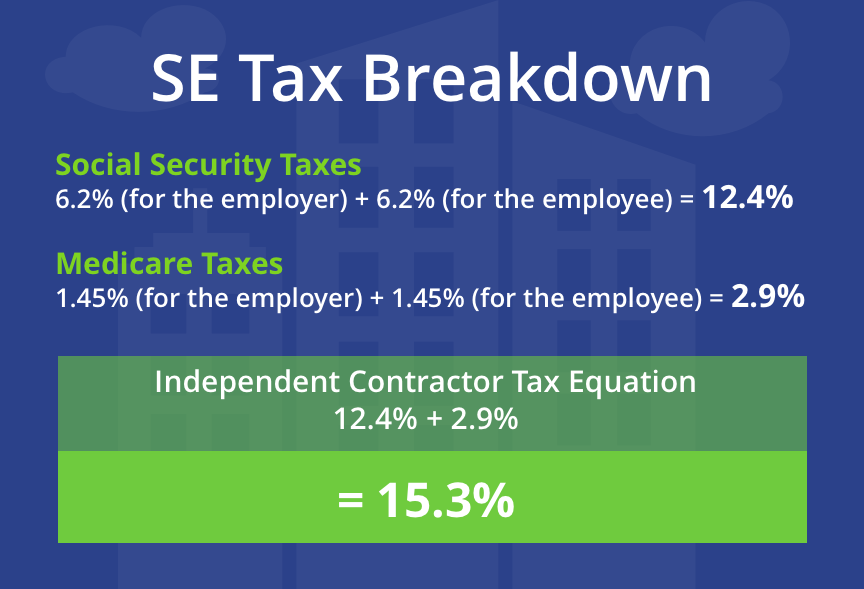 Anyone who the IRS considers to be self-employed and makes more than $400 in net earnings from self-employed income will need to pay SE taxes. According to the IRS, you are considered ‘self-employed’ if you fall into any of these categories: Additionally, if your multi-partner LLC is treated as a ‘partnership’ for federal tax purposes, you will be considered a sole proprietor, and therefore, need to pay self-employment taxes. Church employees: If you’re employed by a church organization and have been paid more than $108.28 over the last tax year, you will be required to pay self-employment taxes, unless you are personally exempt by the IRS.

Why are self-employment taxes so high?

15.3% can seem like a pretty big dig when you look at the number without context. But, self-employment taxes are paid on net income, which can be reduced by claiming self-employed tax deductions and credits.

Do self-employment taxes vary by state?

How to Calculate Self-Employment Taxes 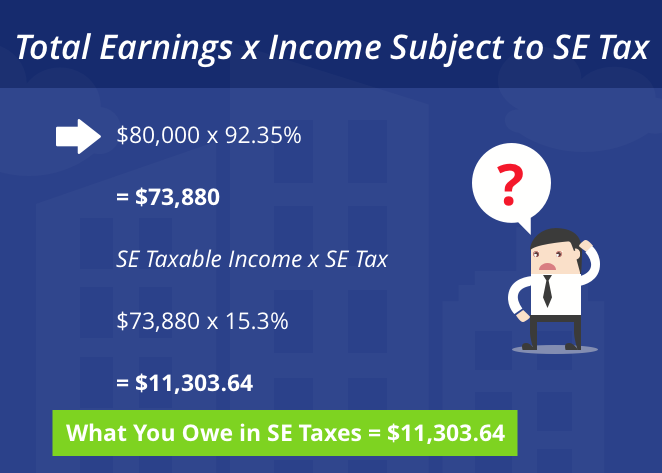 How much tax do you pay if you are self-employed?

It depends on your annual earnings. You can use the SE tax formula discussed above to help you figure out your current tax liability and help you budget for upcoming tax years based on your income history. Keep in mind self-employment taxes only account for part of your total tax liability. In addition to self-employment taxes, you will also be required to pay federal and state income taxes, among other local and state mandated taxes including state and use tax.

Can I reduce my tax liability as a self-employed taxpayer?

So far, most of this news has been a little frightening to those awaiting their self-employment tax bill. In fact, in a study from Upwork, 24% of freelancers said facing higher taxes was the main reason they decided not to freelance full time. But the good news is, there are plenty of self-employment tax deductions that can be claimed on your tax return if you want to lower your tax bill. Some of the most common self-employment tax deductions include: By claiming these deductions on your annual tax return, you can lower your taxable income. Your taxable income determines how much the state and federal government tax you. Generally, the higher your taxable income is, the more taxes you’re subject to pay. The federal government has seven different income tax rates that range from 10% to 37% of adjusted gross income (AGI). With enough deductions, you may be able to be taxed at the lower end of the spectrum rather than toward the top. Note: In order to claim deductions and tax credits, taxpayers should have supporting documentation to support their claim. As far as state income taxes go, they have their own thing going. Some charge a flat rate for all taxpayers in the state while others use a bracket system similar to the U.S. government. State deductions are not the same as federal ones, so the ones we discussed above are not likely to appear on your state tax return as well. Quick! Take advantage of the self-employment deductions  while you can!

How to File Self-Employment Taxes

When employee basis taxpayers receive their paycheck each period, there is generally a certain amount of money withheld to account for FICA taxes and state taxes. You can think of this as a ‘pay-as-you-go’ sort of system. For self-employment taxes, the system is pretty much the same, except the inconvenience of having to figure your taxes on your own instead of having your employer withhold them for you. This is known as the estimated tax system. Estimated taxes are due on a quarterly basis (April 15th, June 15th, September 15th, and January 15th). To file your estimated taxes, you’ll need the current year’s self-employment tax form 1040-ES as well as the form you filed last year. These forms plus your standard tax information (AGI, SSN, birthdate) will help you figure, file, and pay your self-employment taxes. Estimated tax payments should be made on a quarterly basis using IRS-approved payment methods: In addition to filing federal SE taxes, your state may also require you to pay income taxes on a quarterly basis. Consult your state’s Department of Revenue or enlist the help of a tax preparation specialist to make sure you’re on the right side of your state’s tax regulations.

If you fail to file your self-employment taxes, underpaid, or filed them late, you could face a payment penalty from the IRS. However, the IRS says the penalty is generally waived for taxpayers who paid at least 85% of their total tax liability. But taxpayers beware: getting involved in IRS trouble is hardly ever worth it…so it’s best to stay on top of your tax responsibilities at all times.

When you’re working for yourself you don’t have time to fumble with numbers or decode complicated tax regulations. With the Community Tax team on your side, you can get back to growing your business, generating new leads, and working on the stuff that really matters. From calculating your self-employment tax bill to identifying tax-slashing deductions, our team is here to help you make sure you’re filing in compliance with tax code (and saving as much as possible on your tax return). Contact us for a free tax consultation today.