Are you part of the increasing number of citizens frustrated with the amount of tax evasion in the United States? You’re not alone. More and more honest, hardworking taxpayers are becoming fed up with the prevalence of offshore tax avoidance schemes and are demanding tax fairness. 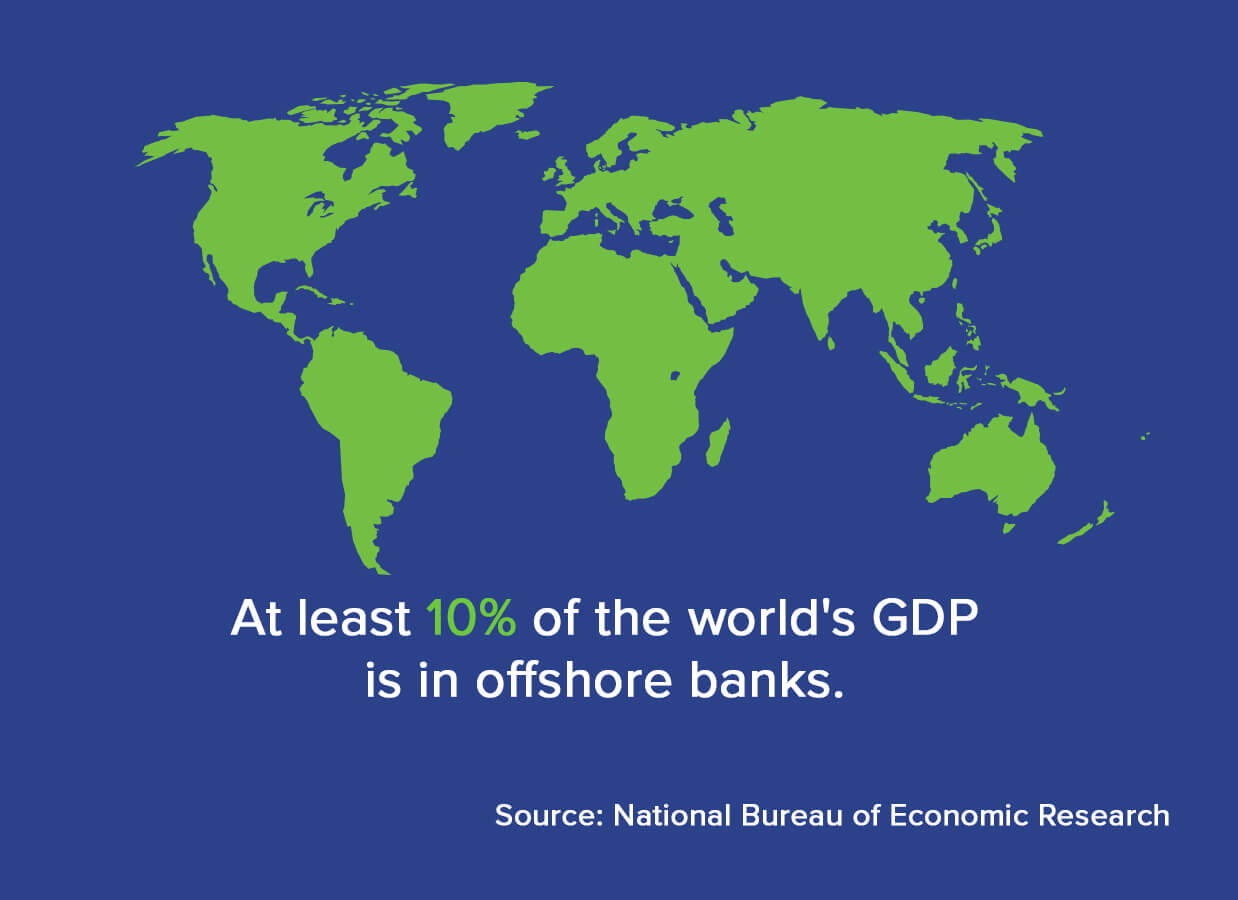 It seems as though offshore tax evasion and financial secrecy have become standard operating procedures for many of America’s Fortune 500 companies, including Apple, Amazon, Google, Starbucks, Microsoft, Hewlett-Packard and more.

The first step in lobbying for reform is to learn all about offshore tax avoidance, how these gimmicks work, and what you can do to make your protestation heard.

What is an Offshore Tax Shelter?

If you and your money live in the U.S., your financial assets are subject to American tax laws imposed by the Sixteenth Amendment. To avoid paying this tax liability, taxpayers move their money into offshore tax shelters.

Essentially, offshore tax shelters create legal loopholes to defer taxation on investments. Specific investment strategies are used to minimize or dodge tax liabilities by putting off payments. Instead of paying income tax on investment contributions for a given year that dollars are earned, they are included in taxable income for the year in which they’re withdrawn—usually many years later. Many taxpayers fall into a lower bracket after retirement, enabling them to lower their current tax liability and pay a lower rate later on.

White hat tax shelters such as 401(k)s and IRAs are frequently used to taxpayers’ advantage, and with good reason. However, going offshore and repatriating your money is considered black hat in the eyes of the IRS.

Although offshore tax shelters may be used by taxpayers of every stripe, offshore tax havens seem accessible to only large companies and wealthy individuals. Shrouded in mystery and financial secrecy, leaked documents such as the Panama Papers and the Paradise Papers shed light on how these schemes work.

An offshore tax haven is simply a place—be it a country, state, or territory—with relaxed tax laws (usually either no income tax at all, or tax at much reduced rates). Multinational companies establish subsidiaries in offshore tax havens to avoid paying the 35% corporate tax in the U.S.

Tax havens also provide banking services to individuals who want to hold their assets offshore in order to dodge taxes. In addition to easily accessible bank accounts and trusts, it’s also very easy for foreigners to establish offshore corporations. Say, for example, a wealthy individual has a large piece of property in the U.S. but does not want to pay property tax, they can create a “shell company” in an offshore tax haven under a different name and transfer ownership to that property.

With offshore tax havens explained, take a look at the various vehicles used to conceal assets and income which should be subjected to U.S. tax. 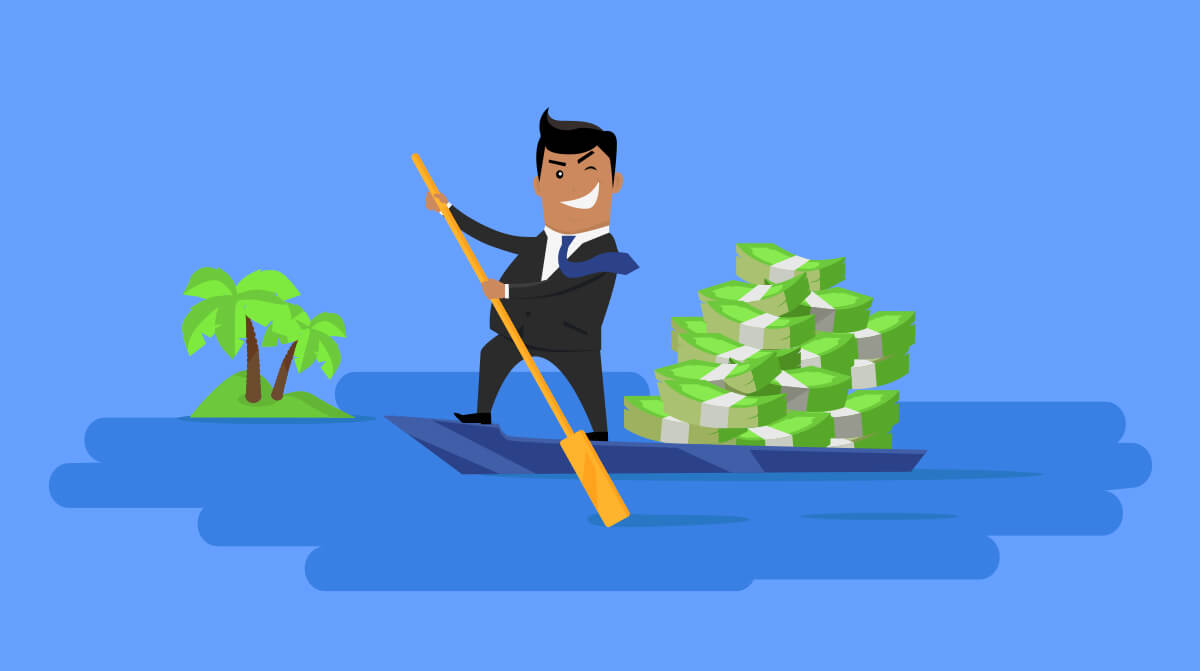 There are many different devices taxpayers utilize to conceal transfers of money or property to foreign entities for offshore tax evasion, including:

Once money or property titles are moved offshore, the taxpayer can manage it with ease using fund transfers. Although this is technically legal, it is incredibly frowned upon by the IRS. The public is also maddened by the recent revelations in offshore tax avoidance; low-income families struggle to meet their tax obligations while the super-rich avoid paying anything at all using offshore tax havens. Small business owners are sometimes crippled by their debt, but huge companies such as General Electric somehow managed a $0 tax bill in 2010.

There are many popular places successful businesses and wealthy individuals choose for offshore tax evasion.

Many countries, including the U.S., are beginning to crack down on offshore tax avoidance, so havens that offer anonymity are usually the preferred choice.

In order to prevent offshore tax evasion and deferral, Congress has enacted several specific provisions in the IRS. Nonetheless, many U.S. corporations manage to avoid paying as much as $90 billion a year in federal income tax. In order to restore fairness to the tax system and alleviate America’s budget deficit, strong measures must be taken. Policymakers are attempting to reform the tax code in order to:

Sen. Carl Levin has introduced legislation titled Stop Tax Haven Abuse (s. 1533) in order to address some of these needs, while Sen. Bernie Sanders and Rep. Jan Schakowsky are pushing to end deferral of tax on income moved offshore. Typically, it’s only within the interest of elite individuals and corporations to promote offshore tax avoidance, and the rest of America stands to benefit from steps that level the playing field.

Although banking offshore is legal, hiding it is not. Concealing wealth from the government is considered tax evasion, and doing so could put you in very hot water with the IRS. The best thing to do is to avoid this gray area altogether and steer clear of controversial offshore tax avoidance; if you’re looking to lower your tax liability, stick to sanctioned tax shelters instead.

Community Tax can help you find tax breaks you might not have been aware of, thereby lowering your bill and getting the most money out of your income tax return. We also offer professional tax advice for those who’d like more information on offshore tax evasion and the consequences it poses. Contact us today to see how our services can help.