Why Do We Pay Taxes to the Government?

Around the middle of spring, you’ll begin to hear the moans and groans of working adults needing tax help and complaining about income taxes. Sure, we all know that it’s legally required, but do we really know why a substantial chunk of our income is being handed over to the government? Regardless of whether we give a nod of approval or think it is totally absurd, understanding the true purpose of taxation is necessary for all taxpayers. Why do we pay taxes? There are plenty of reasons. From funding retirement programs to paying government workers, taxes help keep our country running. Continue reading below to find out more about why we pay taxes to the government.

Why We Pay Taxes: An Overview

Why do we pay taxes? The simplest reason is that the municipal, state, and national governments implement tax laws, and taxpayers’ money pays for government services of all kinds. These governments are comprised of a few parts: the legislators (those who make laws), executives (those who enforce laws), judges (those who decipher laws), and many others. The money received from taxes pays individuals who work for the government, as well as for public programs like education and infrastructure like roads. Although a legal requirement, paying taxes is also considered a civic duty. If you neglect to pay, the mediating body that oversees taxes (the Internal Revenue Service, or IRS) will require that you do so — otherwise, you might face penalties such as hefty fines or jail time. Taxes come in a number of forms. Income tax is the amount you pay when working at a job. Depending on your income, a percentage of that money is withheld, meaning it’s removed from your paycheck and sent to the government. When you purchase items at a store, a sales tax is typically added to the price. Sales tax is a percentage of the cost of the good charged at the store. Owning property also requires you to pay property taxes on its assessed value.

The 16th Amendment was ratified on February 3rd, 1903, and gave Congress the power to impose a federal income tax. However, tax collection isn’t a new concept. Taxes have been collected for thousands of years by ancient civilizations, such as the Romans and Egyptians. Today, taxes serve as the largest source of revenue for the United States government and are used to fund social programs, our nation’s security, and more. In the fiscal year of 2017, the Tax Policy Center found the U.S. government collected roughly $3.3 trillion in taxes, with: 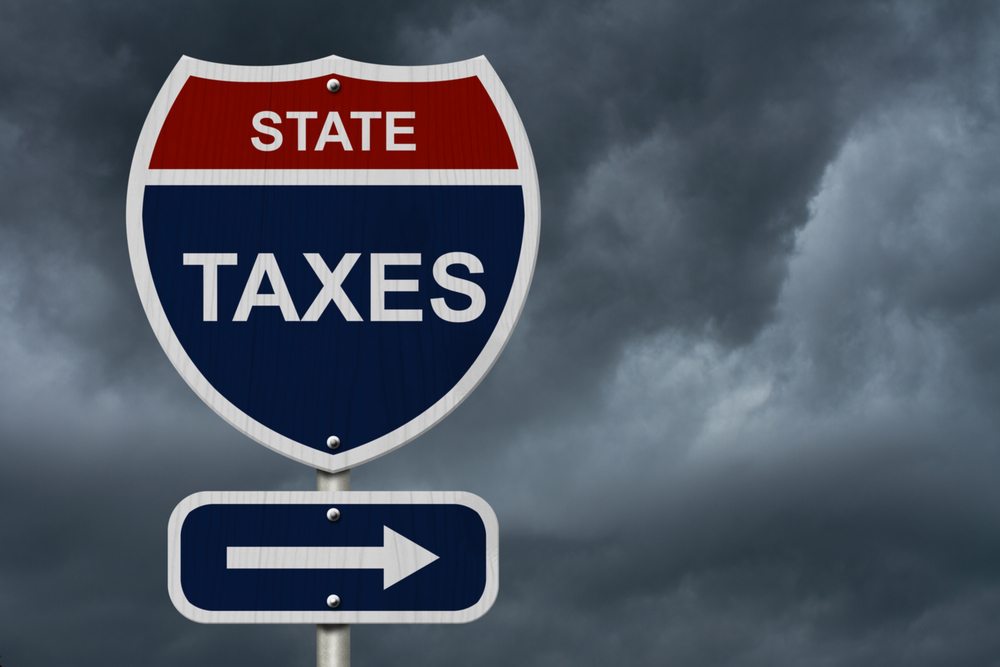 States also collect their own taxes. Some reasons why we pay taxes at the state level is to fund programs and projects such as schools and roads. For fiscal year 2016, the Urban-Brookings Tax Policy Center found the following breakdown for state government general revenue: Overall, in fiscal year 2016, states collected around $1.9 trillion of general revenue, with $923 billion coming from sales, income, and other taxes. Intergovernmental transfers include funds transferred from other governments, typically the federal government. Charges and miscellaneous sources typically include tuition that is paid to public state universities and colleges, toll fares for bridges and highways, and money paid to public hospitals. Other taxes typically include revenue collected from estate taxes, license fees, and severance taxes, according to the Tax Policy Center. States also levy taxes on select sale items, such as tobacco, alcohol, and gasoline. 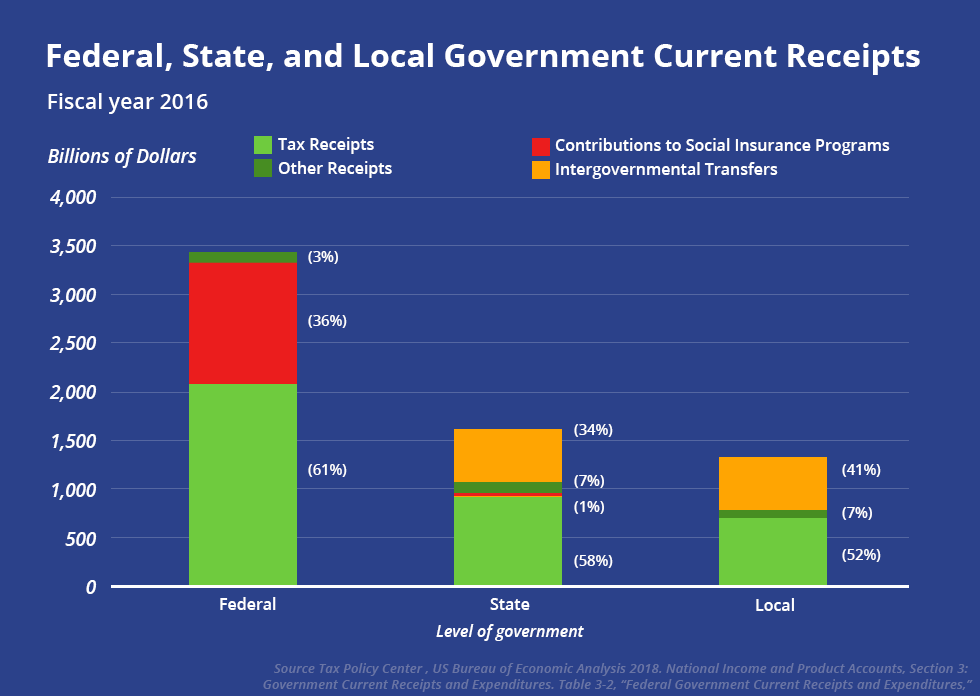 How Does the Government Use Our Taxes?

A major reason why many Americans asked themselves, “Why do we pay taxes?” is because they don’t know where their hard-earned money goes. Once the government takes money out of your paycheck, you may see it in a few public works projects such as paved roads and your Social Security check when you retire. But where does the rest of your money really go? Take a look below to find out!

Each year, the federal government uses your money to go to major public works programs and national defense to keep our country safe and citizens healthy. On USAspending.gov, you can find a complete breakdown of where your tax dollars go. In fiscal year 2018, here are the top five areas of spending by the federal government: As you can see, that’s a lot of money being spent, and those categories are only five of the twenty listed on USAspending.gov. 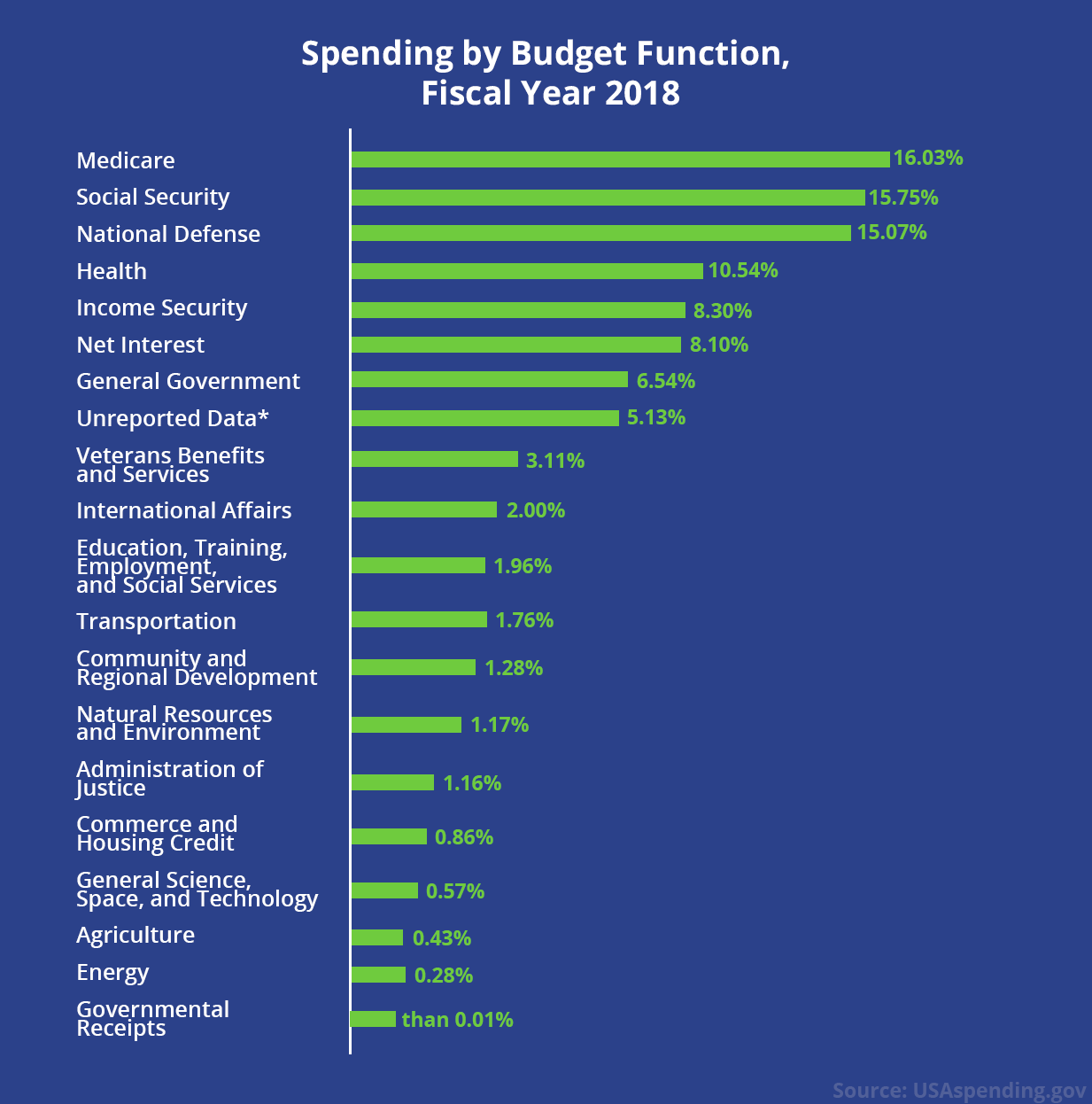 Who Decides How Taxes are Used?

Now that you know the answer to “Why do we pay taxes?” you’re probably wondering who gets to decide on how taxes are used. Below, we’ll go over how decisions are made at each level of government.

Each year, the President has to create a budget. In order to create a budget, the President must create a detailed plan, and funds are collected from taxes and borrowed money in the form of bonds, notes, and Treasury bills. USA.gov explains the process of creating a budget, which goes as follows: Step 1: Department and agencies submit proposals, and begin working on them 1 ½ years before they’re due. They then send their proposals to the President to help with his/her budget request. Step 2: The President submits their budget plan by the first Monday in February, usually in a State of the Union Address, and gives the proposed budget to Congress. Step 3: The Senate and House of Representatives create budget resolutions by analyzing the President’s proposal. During this process, they bring in outside experts for expert advice on how the proposal will impact various industries. Step 4: The House and Senate both create appropriations committees to distribute funding, which is sent to twelve subcommittees who oversee different governmental agencies, who draft bills setting the funding for the agency they overlook. Step 5: Once the House committees draft bills, they send it to the entire House for approval. Once the House approves it, the budget proposal goes to the Senate for approval. Both chambers must vote on the same exact bill, and if approved, it is sent to the President. Step 6: Once approved by Congress, the bill will be sent to the President for his/her signature. If the President approves, it will be enacted into law. However, if the President vetoes the bill and a budget isn’t approved by the deadline, a government shutdown can occur, which will cease funding for many federal programs.

At the state level, residents of the state vote for state legislatures. It’s these legislators who get to decide what to do with revenue collected from taxes. Legislatures get to determine where tax money can be spent, whether for education, public works projects, healthcare, public assistance programs, or corrections. The National Conference of State Legislatures created a Tax Policy Handbook for State Legislatures that outlines their duties and provides information on the various categories of where taxes can be levied.

Local governments are composed of representatives elected by city or town residents. These elected representatives sit on city commissions, councils, and boards. It’s these groups that decide on how local taxes will be spent, whether on public schooling, building a new local library, or anything else the town may need.

Key Takeaways on Why We Pay Taxes

Seeing large sums of money taken out of your paycheck can be frustrating. However, knowing why we pay taxes to the government will help you understand where your money goes and who gets to decide. Being part of a democracy means you get to exercise your right to vote and make changes, including how and where your tax money is being spent. Overall, your tax money is helping you by providing you with smooth roads to drive on, schools for your children to attend, and national security to keep you and your family safe. When tax season comes around, you can consult with tax preparation experts, such as those at Community Tax, who will help you complete an accurate tax return to get the most of your money. Whether it’s through tax credits and deductions or getting out of debt with the IRS, Community Tax is here to help.