Facing an IRS tax levy and need help? We’re here to answer all of your questions.

What is a Notice of Levy?

An IRS Notice of Levy is a letter sent to taxpayers who have not paid their back taxes and have an IRS lien placed against them. The IRS is notifying the delinquent taxpayer that they will begin collecting the debt using levy actions such as wage garnishment, property seizure, and bank account seizure. A notice of levy causes many problems for taxpayers. It means that the taxpayers’ accounts and assets may be frozen by the tax lien, which may prevent the possibilities of selling them or changing ownership of the items. The taxpayer only has 30 days in which to take care of the tax debt before the levy actions are taken. Failing to pay back the full amount of the debt after receiving an IRS notice of levy will mean that levy actions will start unless the necessary steps have been taken.

It’s important to note here that a levy is a legal seizure of your assets to use towards a taxpayer’s outstanding tax debt. They’re different from a lien, as a lien is a hold on assets, while a levy will actually take them away from the taxpayer.

What Actions Does the IRS First Take Before a Notice of Levy is Issued?

Typically, there are lists of things the IRS will do before resorting to sending a notice of levy. They go as follows. First the IRS has assessed your account, decided that you have a certain amount owed, and then they will send you a notice that demands immediate payment. This is a tax bill they expect to be paid upon being received. If the taxpayer neglects to pay the amount issued, then the IRS will send a final notice of intent to levy accompanied by a notice of your right to hearing. They must also include an explanation for the issuing of the levy, the process in which the levy happens, and the alternatives the taxpayer has when dealing with collections. These documents are released thirty days prior to the levy being issued, allowing the taxpayer a month to respond promptly. These ‘before’ notices will be sent via certified mail and or delivered at the address the IRS has on file. In some cases, the IRS will hand deliver the notice to the taxpayer.

When Will a Levy Be Issued?

To put it simply, when the IRS has witnessed enough noncompliance and they decide it’s their time to do so. This means that the taxpayer has not paid their taxes nor have they taken the proper steps to make arrangements in doing so. The IRS will then take action and issue a levy against assets you own or that others do (for instance your wages given by your employer).

Speak to one of our Live Tax Consultants right now!

Trying to learn more about an IRS wages levy. We can help.

What Can a Levy Be Issued Against?

There are quite a few of things the IRS can levy once the notice has been delivered and there has been no correspondence within thirty days. In terms of what the government can legally take from a delinquent taxpayer, we’ll list them here:

This means the IRS will demand that your employer garnish your wages and issue them towards your tax debt rather than to you personally. Depending on the severity of the levy, this can often remain in place until the tax debt is fully paid off.

The IRS has all your information. When an agent is on the case, they can reach out to third parties who owe the levied taxpayer money and demand these payments are sent to the IRS instead.

The IRS also has the power to take these perks from you and use them towards the entirety of your tax debt owed.

In the worst case scenario, the IRS can put a lien on your bank account and lock it from you. After forty five days, they can then demand that whatever money in your account is transferred directly to the IRS.

Depending on the situation, if the taxpayer is going to be receiving commission from a certain project or legal endeavor, then the IRS will take action and claim the commission to help satisfy tax debt.

Truthfully, when the IRS has decided to take action, it’s possible that they can levy anything the taxpayer owns and use it towards the tax debt. Even possessions or holdings that are not considered assets to the taxpayer could be levied and used to resolve the amount owed.

What to Do Once You Receive the Intent to Levy Notice?

To state it simply, the obvious way to avoid having your assets taken and penalties added to your account is to pay off the debt owed. This will resolve matters with the IRS and dismiss the investigation issued for your account. However, if the taxpayer cannot pay the amount owed, then there are alternative programs which they might be eligible for. These are payment programs tailored towards taxpayers that are not in the financial situation to pay off their debts. The two main alternatives being an installment agreement and an offer in compromise.

This is a settlement between the IRS and the taxpayer for an amount equal to less than what is owed. Due to the IRS not wanting to implement a forgiveness policy for all those who cannot pay their taxes, eligibility for this plan is scarce. The taxpayer needs to meet very specific criterion and must prove to the IRS that there is no possibility that they could pay the tax owed. The IRS, usually coordinating with a tax professional representing the delinquent taxpayer, will come to an agreement on how much is owed and will settle with one lump sum payment.

Being that the IRS levying assets is something a taxpayer wants to avoid at all costs, it’s important to consult a tax professional. They will assess your situation and help you not only plan a course of action, but detail exactly what sort of aid you’re eligible for. If the IRS is going to levy a taxpayer’s assets, then something has gone seriously wrong. It’s important to find the type of help that will make sure they can at least mitigate the situation and avoid further penalties.

At the very least, correspondence is huge. By just ignoring the IRS, the taxpayer is not only being delinquent, but they’re also giving the IRS means to take action. It’s important to reach out to them and even if you do not know how, explain that you are trying to assess the situation and find alternatives that could settle the debt.

Worried you might be facing an IRS levy? Contact us today to find out more information about your options. 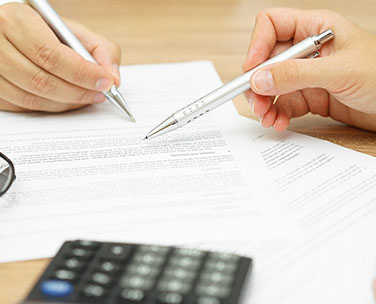 What if You Don’t Think the Notice of Levy is Right?

In fact, there are cases of the IRS sending a notice of levy on accident. If you do not understand why you are receiving the notice and have filed your taxes properly, then the first thing to do is call the IRS and discuss the notice you received. Even if you have corrected your situation by entering into an alternative payment plan with the IRS, it’s still important to call and ensure that the correct changes have been made to your account. If, for whatever reason, the IRS states that the notice is correct and you still do not agree with it, it’s important to file for an appeal. There’s only a limited window of time from notice to assets being levied and thus it is important to handle the situation as quickly as possible.

Is Every Type of Levy Notice the Same?

The short is answer is no. There are different notices for different types of situations. For instance, a CP297 and CP90 act as notifications to taxpayers that they have an outstanding balance the IRS has tried to collect, and because they’ve been noncompliant the IRS will now take action against them. This action being that they will levy their assets, bank accounts, wages, and more. However, a CP523 is sent to those who entered an installment agreement but did not fulfill the terms. This type of notice will explain why the account defaulted, the conditions of the levy, and the options thereafter to avoid having assets seized.

An L-1058 and L-T11 usually succeeds the final notice balance due letter. This type of notice states that a taxpayer has an overdue balance and they have failed to address or resolve the account with the IRS. Due to this negligence and the notices that were sent prior, the IRS will issue a levy on the taxpayer’s assets after a thirty day period.

Then a CP91 and CP298 are notices sent to taxpayers who still owe money to the IRS despite the letters sent warning them of a 15% levy that is going to be placed against their social security benefits. These notices typically arrive after a CP297 or CP90.

As you can see, there are multiple different types of levy notices. It’s important that if a taxpayer received a notice, they do the proper research in understanding what sort of notice they have received. Being that levy notices are indicative of a serious tax problem, it’s recommended the taxpayer seeks professional help in formulating a plan of action to ensure their assets are not seized.

Speak to one of our Live Tax Consultants right now!

Have you received a CP523 notice of intent to levy from the IRS? Are you looking for guidance on the levy process?

Due to the severity of levies, as stated multiple times, it’s important that the taxpayer consults a professional to resolve their issue. Once a levy is placed, there is no legal way to reclaim assets unless there was a huge mistake made by the IRS. This, however, is extremely rare.

A notice of levy is a serious issue and something that needs to be resolved immediately. In the case of a notice being received, it should be the taxpayer’s primary goal to avoid further penalties, avoid having their assets levied, and work to resolve the issue with the IRS. This is where a tax professional can be greatly beneficial, as not only will they assist you in resolving the issue, but they will do it in the most productive, efficient, and effective way possible.

How Can Community Tax Help Me?

Community Tax resolution professionals are capable in some circumstances of preventing a levy from taking place after a taxpayer has received an IRS notice of levy. In some cases, there is not enough time or circumstances prevent this type of action from taking place. In other cases, Community Tax enrolled agents, tax attorneys and CPA’s can work with a client and the IRS agent to enter into a resolution plan that prevents the levy.

Because of how financially devastating an IRS Notice of Levy can be to a taxpayer, immediate action is required to ensure that enough time is available to take the necessary steps to have the levy halted if possible. Contacting Community Tax’s resolution team as soon as possible after receiving the notice could be the difference between having your wages garnished, or getting into a resolution. In some cases, it may already be too late. Call now for more information about an IRS levy and speak with one of our case analysts today: 1-888-676-4319.